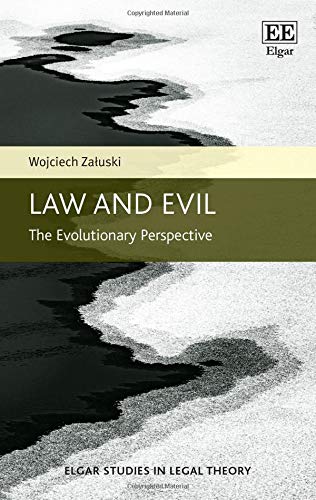 Law and Evil presents an alternative evolutionary picture of man, focusing on the origins and nature of human evil, and demonstrating its useful application in legal-philosophical analyses. Using this representation of human nature, Wojciech Zaluski analyses the development of law, which he interprets as moving from evolutionary ethics to genuine ethics, as well as arguing in favour of metaethical realism and ius naturale.

Zaluski argues that human nature is undoubtedly ambivalent: human beings have been endowed by natural selection with moral, immoral, and neutral tendencies (the first ambivalence), and the moral tendencies themselves are ambivalent (the second ambivalence), giving rise to an inferior form of ethics called 'evolutionary ethics' Introducing a novel distinction between two types of evil, primary and secondary, this book explores the differences between evolutionary ethics and genuine ethics in order to analyse the history of legal systems and the controversy between natural law and legal positivism.

Engaging and thought-provoking, this insightful book will be vital reading for both legal scholars and philosophers, especially those of law and moral philosophy. Evolutionary biologists with an interest in a philosophical interpretation of the results of evolutionary biology will also find this book an important read.